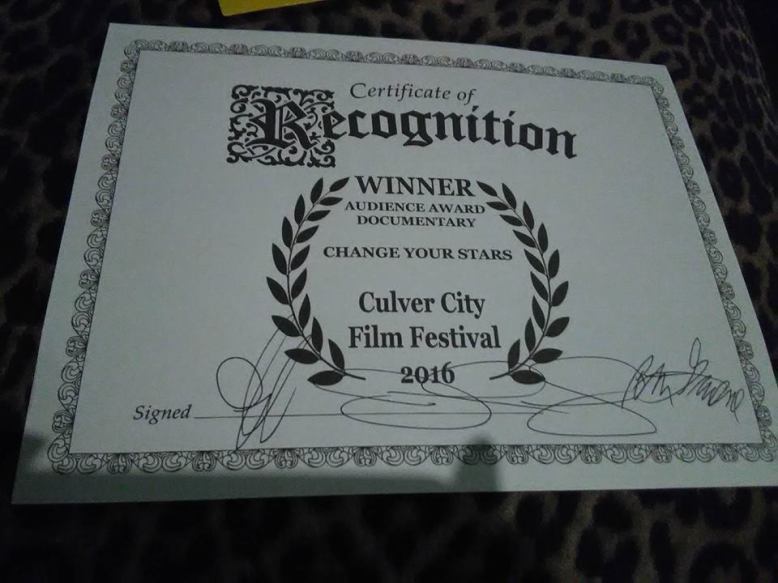 The prestigious Culver City Film Festival in the former Hometown of the world’s grand MGM Studios bestowed its highest honor: WINNER AUDIENCE AWARD DOCUMENTARY – Culver City Film Festival 2016. The Producers Prince Mario-Max Schaumburg-Lippe and his production partner add: “We are so excited about this Award and thank the amazing organizers for the opportunity to show our documentary to such a high profile audience including a legendary Oscar Winner, and I am happy that they like, what we care about – a powerful documentation of the educational system and its chances.”